This image, named “Hunted”, has been Highly Commended in the Moments in Nature category in Glanzlichter 2018. The image is taken in November 2017 together with John Siololo and Johnmark Kiss-may at Oltepesi Tented Safari Camp in Maasai Mara, Kenya.

The story behind the photograph
This small Thomson’s gazelle calf was captured by an adult female Cheetah. She did not kill it, but left it to her young cheetahs who played with it for almost 45 minutes before finishing it off. Going through my 1,467 images shows that the calf escaped and got caught again 27 times. They even had him in the stream, which is why he is wet, and two times they dragged him out from under the safari vehicle where he tried to escape. He really tried to save his life this poor little one, but in the end he became the cheetahs’ morning snack…

Thanks for brilliant guiding and good cooperation to my guides and driver, Johnmark Kiss-may and John Siololo, at Oltepesi Tented Safari Camp. 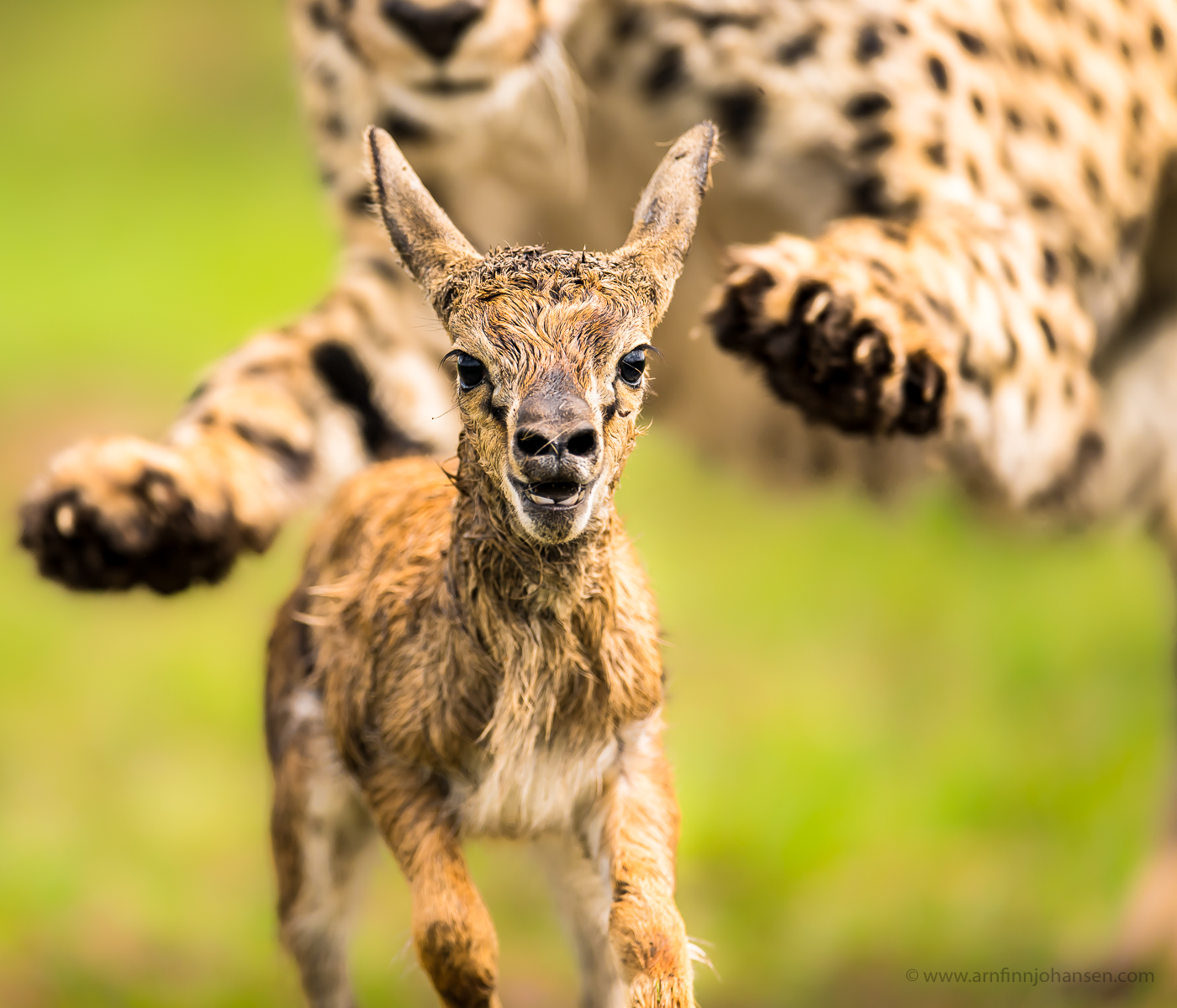